I showed people how to read the future and this happened.

I showed people how to read the future and this happened. 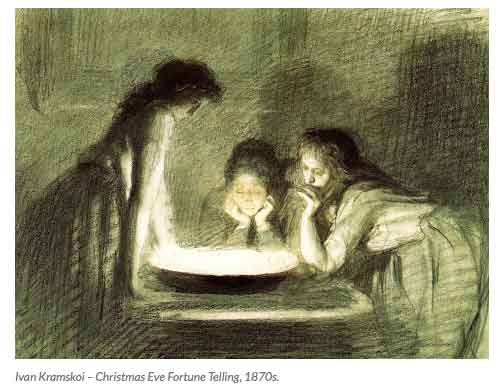 Six  years ago I began teaching people to read the future.

With eyes closed, we  write down  everything we  see, feel, and hear  inwardly, as  I call  out the months and years into the future. I gather their notes, including my own, and post  on this website.    While it is true that my own visions are included in these predictions, and I am a professional, many are from my students.

Since our first meditation in 2011, hundreds of visions have come  true.  No one is more surprised than they are.

Over the years, students come and go, but the results continue.

While some people are more skilled  than others,  studies show that  humans are  wired for prophecy.   Also reading together helps to amplify our visions.

For anyone who is afraid of seeing the future, consider that precognition is an internal guidance system that has enabled  our species to survive. With the world becoming more uncertain, we need our intuition  more than ever.

For anyone who complains that some visions are too vague, while some are indeed vague scraps of information– we have predicted to the  month, the departure of the last pope, the stock market rally of 2011 (from the crash of 2008), and the discovery of a new planet, the Great Snows of the New England winter of 2015 and the phenomenal lack of snow in Alaska, during the same winter — all rare occurrences. In the last year, my own visions  are coming more often and with greater accuracy, so stay tuned to my postings.

Our goal, however, is not to perform parlor tricks, but to gain understanding of the extraordinary capacity of the human mind.  Perhaps more important  is to understand  the  pitfalls in the road ahead so we can avert them.

To become part of our World Predictions Group, come to my next Online Read the Future class. Check here for upcoming events. You’ll learn how to meditate with me on the future.

To get really good at reading the future and to expand your intuition, come to any and all of my classes.

This is what I have noticed since working with prophecy:

1. People tend to  predict those events that matter to them or that they will be encountering in the press.  I tend to see American politics, financial markets, because they reflect the nervous system of our collective,  the state of our natural world (because I love nature), and the emotional feelings of our  collective (love, anxiety, fear, caring).  Some people see mainly celebrity news. Others focus on the Middle East. Still others on disasters. Some people are especially good at weather.

2. Our visions are less about the actual events themselves than  about the collective consciousness of the events as transmitted through  media coverage. This phenomenon demonstrates the point made by modern biocentrists that there are no objective events in the world, only subjective experience of those events.  Other than the New England weather, which we experience first hand,  most events that appear to us in visions    have come from the media.  For the Newtown tragedy we’d seen “Tears” and “children in a line,” the latter had become the replayed image of the tragedy.  Bill had seen the January 2015 Sidney terrorist attack as simply an image of the Sidney Opera House, a photo that replayed in the news every time the event was reported.  Pam had seen the Boston Marathon bombing as a feeling she would experience first-hand when authorities shut down all traffic in Boston for a week. “No one is going to understand any of this stuff,” she said looking around the room with a freaked out look.  When I saw the look on her face, I knew she had tapped into some kind of unprecedented bombing event.

3. This process leads one to wonder if an event is never reported in the media, is it possible to see it?  Yes, as long as someone  out there experiences the event, in which case we focus on that person’s consciousness for our vision.  But the events that jump out at us as we meditate are going to be those that make the biggest splash in the media that we follow.  People who  are mainly reading  celebrity news will be good at foreseeing those events. People who follow climate change news or the financial markets, will see those events.

4. Group energy amplifies the gift of prophecy.  Studies show that psychic energy is more potent when people  work together. If those people are particularly bonded, such as twins, lovers, family members, and friends, the power is even greater.  Before we make predictions, I have my group spend an hour reading each other’s cards and then engaging in a powerful group meditation where we send healing to each other and our loved ones. The feeling of connection among us is palpable.  Then when we begin meditating to visions of the future, the visions  flow readily.