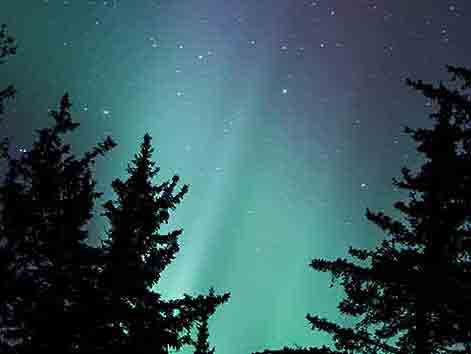 I have been giving readings and teaching mysticism for 35 years, although a shaman once told me I had been doing this for 10,000 years. That was back when I had a mainstream profession and did not know I’d be leaving it behind to learn the language of spirit.

Most of us live with  a limited perception  that misses the energies swirling around us. From years of giving readings, I’ve come to see that each of us has a team of spirits at our disposal, if only we let them in. Learning to be open, and knowing how and where to look, lifts the veil between the two worlds, if only for a brief, miraculous glimpse.

One night when teaching an intuition class to a group of women, I witnessed  just such a spiritual miracle.

A dozen women were seated in a semicircle in a classroom normally used for Chinese language studies. It was after hours at Newton North High School in Newton, Mass  where students and faculty had long since departed. Three hundred little origami figurines dangled from the ceiling.

I turned out the lights, lit a candle and told the women to close their eyes. I picked one of their names out of a hat, we’ll call her Ellen. We were all strangers to each other.

No one, except I, had ever done this exercise before, and not even I was prepared for what unfolded.

With just the candle flickering in the dark, I asked the women to note every thought, image, feeling, and sensation while focusing on Ellen.

Normally this exercise yields images of the person’s world, some of her thoughts, people she has loved, and important moments in her past–a scrapbook of her life that focuses on the salient and the unresolved.

The students are amazed when our “client” validates what they see, and everyone goes home filled with wonder. I go home happy that another group of laypeople has experienced the mystery.

But that night, something exceptional happened.

I gonged a Tibetan singing bowl and a sound like an ancient bell ushered us into silence.  As soon as I closed my eyes, I began to make out a vision of a white door. There was more to the vision, but all I could decipher was a door.

Although I hadn’t realized it in that moment, two other women were also seeing a door.

When we later turned on the lights and compared notes, one member of our group, a Persian American dentist, I’ll call Mithra, a petit young woman with large brown eyes, had seen much more than just the door.

It was Mithra’s vision that made that night so extraordinary.

She recounted that she’d seen the same white door as the others, but behind it she saw the figure of a woman. The woman, she said, was standing motionless and gazing through the door at Ellen.

There was more. Mithra noticed that the side of the door where the mysterious figure stood was brightly lit. On the other side, where Ellen and the rest of us sat, it was dark.

Upon seeing Ellen’s eyes grow wide, Mithra, without understanding what she had seen, felt compelled to tell her that the mysterious figure who stared at her was okay. “She is fine,” she assured. “She is in the light. It’s only dark on  this  side of the door, where you are; where we  all  are,” she said.

Hearing this, and realizing that several others had seen the door, Ellen’s eyes filled up and she was unable to speak. She then told us that she’d lost her sister five years before to a long illness. They had been estranged at the time of her death, and she had been grieving all these years from the guilt and loss. She’d longed to know if her sister were okay and whether she understood how much she had loved her, even though she had not been by her side when she died.  It left her with a wound that would not heal.  She later told me that the event was a great healing for her. I think it was for all of us.

Because no one was expecting to sense a spirit that night–in fact, none of them knew what, if anything, to expect, nor had anyone met Ellen before–this depiction of the other side of life seems all the more authentic to me. Of course, we will never know for sure, since, as Mithra observed, we mortals reside in the dark, where we are normally blind to the energies around us.

Every once in a while, though, a glimpse of the light is there for those who know to look.