If you want to make accurate psychic predictions, do this (and don’t do that).

If you want to make accurate psychic predictions, do this (and don’t do that). 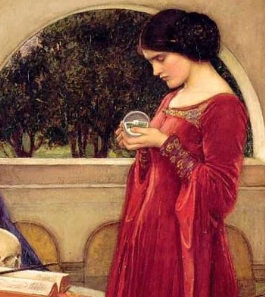 The infinitely complex multi-layered psyche gives us visions when we ask, and they often come true.   But… we can be off in our understanding of what what we are seeing. Interpreting the images that pop in our heads is subtle work, subject to the same mistaken perceptions we make in our everyday lives. Here are eleven pitfalls in psychic prediction that cause mistakes.

1).  You can be tricked by really fervent, personally-invested wishful thinking.

2) Pay special attention to the unexpected visions — they are usually the most accurate.

Many people make predictions that are the logical expected outcomes of events. Those are not psychic. They are visions that come from your memory of past trends and popular thinking. Because it looks likely, they say, “I have a feeling that this will happen.”  Wrong! Stick with the unexpected and unusual visions.

3) If we’re emotionally involved and attached to an outcome, then we can’t see what we don’t want to see.

Just like in the rest of our lives, it’s human to be in denial about things. The ego will protect us from seeing truths that threaten our comfortable worldview.   Even when we are staring at the truth straight in the face, the ego can block it from consciousness. The same is true when something terrifies us, bringing me this rule:

4) When something is too frightening for our psyches too handle, we will not see it at all.

This works the same way as shock. It protects us from stress we can’t handle. If we are going to be annihilated by nuclear war, it’s likely we will never see it when meditating on the future.

5) We can’t understand something  for which we have no prior concept.

The brain takes in new information by matching it to concepts, called schemas, that we already have. It works like an amoeba consuming food. The schemas or packets of information we carry in memory, approach a new concept, and engulf it into it’s own body. Put another way, we take new information and fit it into what we already know.  If there is nothing in our worldview to understand a particular vision of the future, then we won’t be able to see it. A few months before the Boston Marathon bombing some of us saw something really shocking and confusing happening in mid April. Since nothing like that has ever happened in our lifetimes here in our city, including the closure of all streets in surrounding neighborhoods and 20 miles of I-95, none of us could see it. If it were going to happen again in the future, we wouldn’t have any problem seeing it.

6) You can look at an issue too many times.

When you do, your mind gets tangled in all the possible answers, and the true visions are confused with worries, wishes, logic and opinion. I have never looked at an event as much as I did the impending 2016 presidential election.  After a while I couldn’t trust what I was seeing. Yet in a group of novice students I taught to read the future, half saw the correct outcome, when asked to read it for the first time.

Unless a strong feeling or voice speaks right at the moment of the vision, it is folly to go back later and interpret. When you do, you are no longer using intuition but other non intuitive capacities, like logic, prevailing opinion, and too often, wishful thinking.

8) Don’t allow other people’s visions to cloud your own.

I don’t like to read what other psychics have predicted. It biases me.  I tell clients not to tell me what other psychics predicted about their lives or what they feel is going to happen. Psychic visions are not made more accurate if others have seen them, unless you saw the vision without knowing others had seen it.  Psychic visions happen in the present moment, not because of something that happened before.  The latter is speculation which is not psychic.

Visions happen in the imagination, so you can put things in there that you are expecting or wanting. That’s why we should trust the unexpected visions the most.

Most psychics know that timing is very difficult get right. I post predictions by month and because I try to follow a reliable method of prediction, we have very good results. But not always. Sometimes we are off by months.

11) Pay attention to the clearest and boldest visions, and the ones that jump out at you.

One of the clearest visions I had of the 2017 Inauguration was of man with angel wings standing on the platform facing the throngs. He was feeling compassion and care for the people. I felt in my psyche that the angel was Barack Obama.  I couldn’t understand it. Then just before the election, Obama made a statement to the people who were upset about the election outcome that he intended to be there helping them. It was a message of compassion and care, like something an angel would give.