The idea of the shadow originated in the study of psychology and psychoanalysis with Carl Jung and written about by Debbie Ford in her book "The Dark Side of the Light Chasers"  Ford's description of shadows and shadow work involves the awareness and  unmasking that aspect of ourselves which destroys our relationships, kills our spirit, and keeps us from fulfilling our dreams.  Ford's explanation of shadow work  is usually easier to understand than the more involved Jungian concepts.

In Jungian physiology, the shadow most commonly  refers to an unconscious aspect of the personality which is outside of  the self-concept of the conscious ego.

It is usually that side of ourselves that we say is absolutely not part of us, but on a deeper level (because of our interconnections with archetypal or unconscious energies) is indeed part of us.

This unknown ‘‘dark side’’ of our personality–-dark both because it tends to consist predominantly of the primitive, negative, socially or religiously judged human emotions and impulses like sexual lust, striving for power, selfishness, greed, envy, anger or rage, etc. In other words,  states of being which we perceive as innately "negative".

The dark side is hidden so deeply within our consciousness (away from ourselves and others) that it sometimes overwhelms a person's actions; for example, when the conscious mind is shocked, confused, or paralyzed by indecision.

This emotional blockage or paralysis can lead to apathy, depression or altered states of mental health that are very challenging to work with and even harder to live with. The message we get from this hidden place is often felt as: there is something wrong with me, I’m not okay.  And it tends to translate into the triggers of self-concept, lowered self-esteem and projections and hurt feeling triggers of:  I’m not lovable, or deserving, or worthy.

This brings in the idea of triggers and how it is that these triggers show us the sides of ourselves that still need healing i.e. a need for the light to shine upon these shadow elements in order for deeper understanding and clarification.

The idea of clarity or to become clear is often seen as the evolutionary progress or the true spiritual path to nirvana.

The shadow is to the light chaser simply a part of the yin and yang of the balance of "all there is".  But it is the balance that is the key. We can work on understanding how it is the shadow self that we can see in others that enrages us, makes us hate them the most; but it far harder to see that that is also a part of each of us that we have repressed. Otherwise our reactions would not be so defiantly protesting and seeking to eradicate that wiyhin each of us that we can only see in the other.

Shadow work is often our life's true journey and a major part in conscious understanding,  health, and healing .

I’ve heard of this in hs and college but I don’t remember the resource I read it in. Do you have a book you could recommend- I’d like to gift this to a friend.

Thank you so much for asking and especially for wanting to help a friend!

I first learned about this concept from some cassette tapes that I bought at a bookstore.
Needless to say those would no longer be available and most people don't even own a cassette tape player. Even mine barely works anymore! Ha!
Perhaps the easiest book to read is the one that I mention The Dark Side of the light Chasers by Debbie Ford.
Debbie Ford faced a life history ridden with family problems and dysfunction. She has faced divorce,  drug addiction and most of all facing why her own life was so riddled with unhappiness,  distress and despair and finally came to work with all the parts of herself that hurt her instead of helping her.
She went through a long hard journey of the soul and now is a teacher as well as a lifelong learner with Deepak Chopra and his centers.
There is a newer updated version available. Amazon has it for about $14 but bookstores or used book stores are an option as well. A library is a good option for checking it first.
Debbie Ford:
"The Dark Side of the Light Chasers: Reclaiming Your Power, Creativity, Brilliance, and Dreams"
Love to you Jaidi for being who you are and holding light for your friend  ♥️ 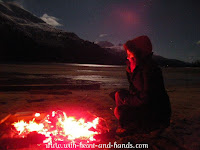 As we enter into the deep shift between this world and the next during the dark nights of All Hallow's Eve when the veil is at its very thinnest, when the shadows become more apparent in the light of love, truth, and healing...always remember the spiral.

The spiraling DNA of creation and patterning may bring us to this mystical place where we learn about our own power and how we use or misuse it, to the place where all spiritual healing is possible and miracles truly exist.

This is the beginning of a new time when each of us is called upon to do the deepest of our own inner work. A place where we choose to see all through the open eyes of love and acceptance ,or all through closed eyes of separation and rejection.

It is actually a deeply spiritual time, cloaked by masks and costuming that disguises who we truly are within. It is a time for a new shift, a new awareness where the ending of one cycle becomes the beginning of a new one. A time of going from harvest into winter and then winter into spring.

As we go into the winter times, we may feel deep sadness if not anguish and despair for all that we have not seen or not worked on. We go into our caves or our tipis,we draw close to the warmth of the internal fire to give our heart time to rejuvenate and lift up to the one holy power that is all that is, and ever has been.

Tread softly through these dark nights until the holy lights of the new day, a day of rebirth and growth returns once more in all of its glory. Open your own heart light and become one with the the circle of life.