Whether it is damage done to animal populations or finding new ways to slow down or prevent animal harm leading to extinction, we all need to be aware of the amazing beauty and intrinsic value of each and everyone of nature's animal species.

Joel Sartore is the founder of the Photo Ark, a groundbreaking effort to document species before they disappear—and to get people to care while there’s still time.

When you check out the unbelievable photos,  you will find that Joel portrays each and every one at the same size.  He felt it was crucial to see them not by their appearances, but by their equality through the lens of nature's value system, each just as important as the other.

That is really cool, Michele B.  If only we could get the Republicans to care about saving their mascot.

You caught my post in between an order editing. Be sure to check out my introductory words and link to Photo Ark, an unbelieve photo project, site, and book by Joel Sartore that now leads off my newest topic of "Earth's Animal Population". 😉

Thank you for this.  What a wonderful way to start the day.  This Joel guy is a gift.  I teared up a bit looking at these pics.  How can you look at such beauty and not care.  I will be looking at the Ark over and over.

The photos are stunning!  What a fantastic project and so needed in this time and place. Thank you for sharing Michele.

Since the title of this thread is" earth's animal population", I thought I would share this news, just out.  A study spanning 40 years shows Puerto Rico's insect population is decimated.  It has declined 60 fold in 4 decades and is impacting the animals that eat  insects as well.  This study confirms what has been found in other rainforests and locations around the world.  The culprit is Climate Change.

Thank-you, Michele.  I so loved these photos.

Oh Lovendures thst is incredibly sad. It's exactly why Joel Sartore started photo documenting them, the fear that someday many of them would disappear off the face of the earth and it would be a richness of nio-diversity forever lost to our world.

The statistics described and the worldwide changes are even more severe at this stage of climate change than most of us would imagine. Everything is so interconnected from weather to habitat to predation statistics on.

Never thought I'd be holding insects' well being in my thoughts but here I am about to include their little beingness in love and light for the good of our world!

And Jeanne, I was delighted to watch and listen to Joel Sartre on Public broadcasting tv recently. His view points and his dedication to animal life filled my heart.

He's been working on this for about 15 years and has about 9,000 species documented so far and hopes to keep his travels and photography going for at least 10 more.

He sells prints and books to pay for it all at his site besides the sponsorship of National Geographic, of course.

Focusing on the positive again,  here's a man in Kathmandu who is so caring and protective of cows, thst he is using his only affordable means of transportation, his motorbike,  to round up the sacred cows and herd them into his makeshift saactuary after they are abandoned by their owners for financial and other reasons.

A different take on the sacred cow energies of protection from harm.

And another unusual one also making the news:

The nuns helping save a sacred species of fish, the axolotl has almost been wiped out by pollution and over-fishing.

This year, scientists announced an incredible discovery by looking at excrement stains in satellite images in Antarctica.
They discovered that 1.5 million Adélie penguins were living and thriving on a little patch in Antarctica surrounded by treacherous sea ice called the Danger Islands.
It turns out that these elusive seabirds had lived on the islands undetected for at least 2,800 years, according to new, unpublished research presented Dec. 11 at the American Geophysical Union meeting in Washington, D.C.
"We thought that we knew where all the [Adélie] penguin colonies were," said Heather Lynch, an ecologist at the Stony Brook University, during the news conference.
That is, until a colleague at NASA developed an algorithm that made the detections automated. That's when it "bing bing bing," started flagging all of these pixels from the Danger Islands that "we as human annotators had simply just missed," Lynch said.
Scientist assumed that there weren't anyiving in such a challenging area.
The Danger Islands are not easy to get to, as they are almost always covered by a thick layer of sea ice.
Lynch's colleagues journeyed to the islands for a full survey, where they counted (physically on the ground and with drones) just how populated by this seabird they were.
In this area that's so small that it doesn't even appear on most maps of the Antarctic," live more Adélie penguins than the rest of Antarctica combined!

there are creatures that are disappearing, before we even get to really see them. This is not a muppet.This is a real bird, the Shoebill Stork 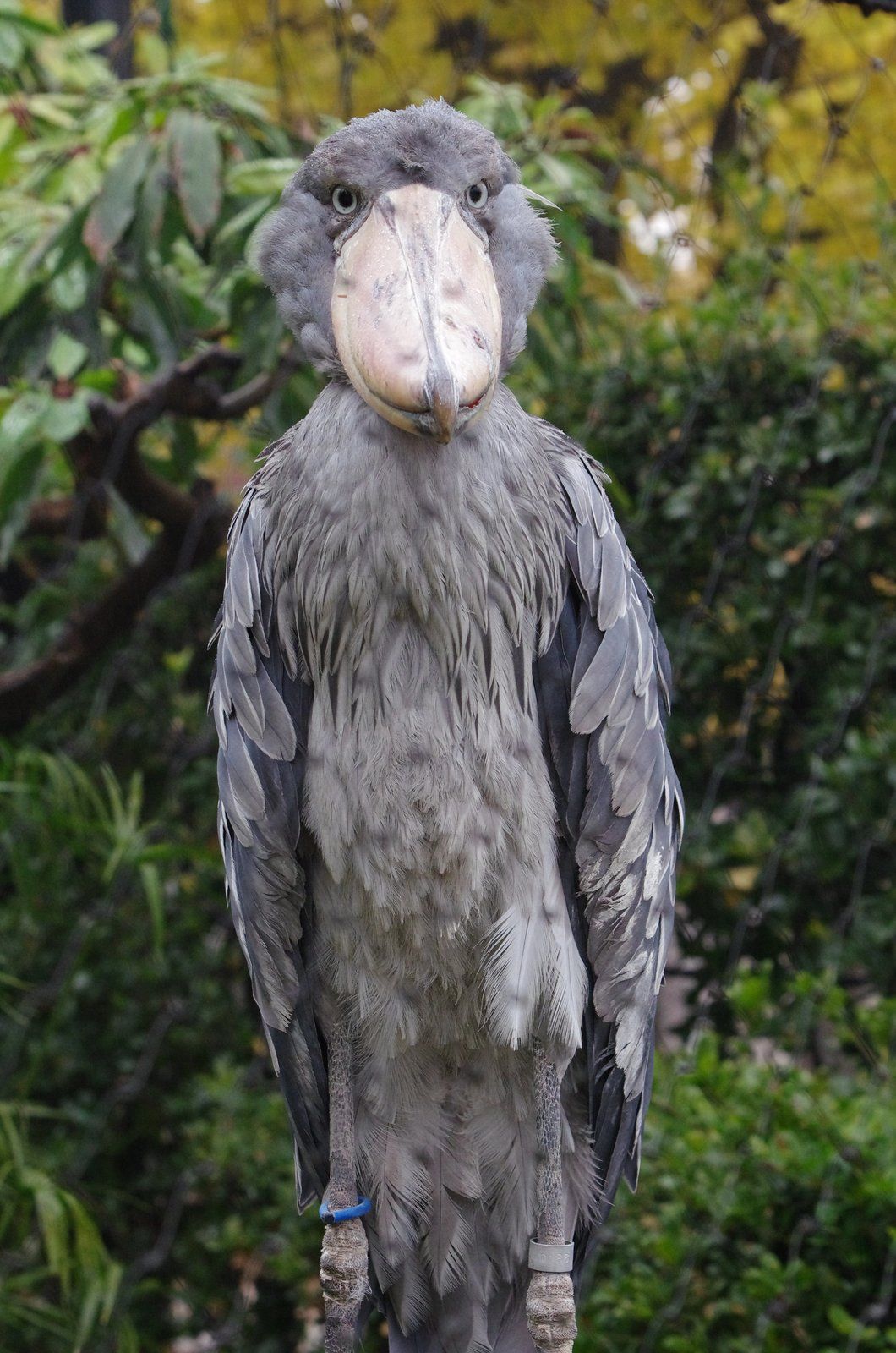 What an amazingly wonderful creature! But how tragic that it and multitudes if species are disappearing before we ever have a chance like this one, to know that they even exist.

For newcomers, or those of you who might have missed my post and link up to the amazing world of animal diversity, be sure to check out my introductory link to Photo Ark, an unbelieve photo project, site, and book by Joel Sartore t leds off this topic of "Earth's Animal Population".

Unk, that animal is amazing!  Thanks for posting!

Here is another animal that looks like it might be a muppet, but it is very much real-  the Stubby Squid.   And thank you, Michele, for the link to the Photo Ark. Amazing! 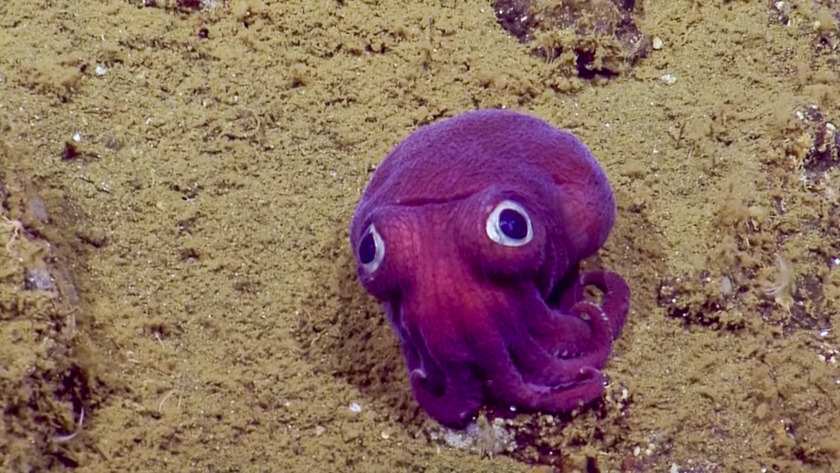 You're welcome Unk! But i must say your bright "magenta bath tub toy" lookalike species of Stubby Squid is another awesome new one for me.

So much to see and learn about in the amazing diversity of our world!

Michele, I loved that little monkey on the cover of the Photo Ark. He is so sweet I just want to hold him and feel his soft fuzzy fur.

Oh, Jeanne! I do so love your connections to the natural world and all of its creatures!

I'm always drawn to the ones I overwhelming love or want to touch, pet, hold or feel comfort from.

My house is empty now of its 15 at a time more unusual fauna and i did bring myself to touching the iguanas snakes and even our black widow. But not the scorpion!  (I had a teen would be herpetologist at the time who lived, learned, studied, and cared for them as pets)  He got too express and enjoy that side of himself and i learned allowance, respect for differences. They were all loved, nursed to great health or cared for in their hospice stages and given freedom and/or loving celebrations of life send-offs! And they lived far longer with us than in the places of discovery! 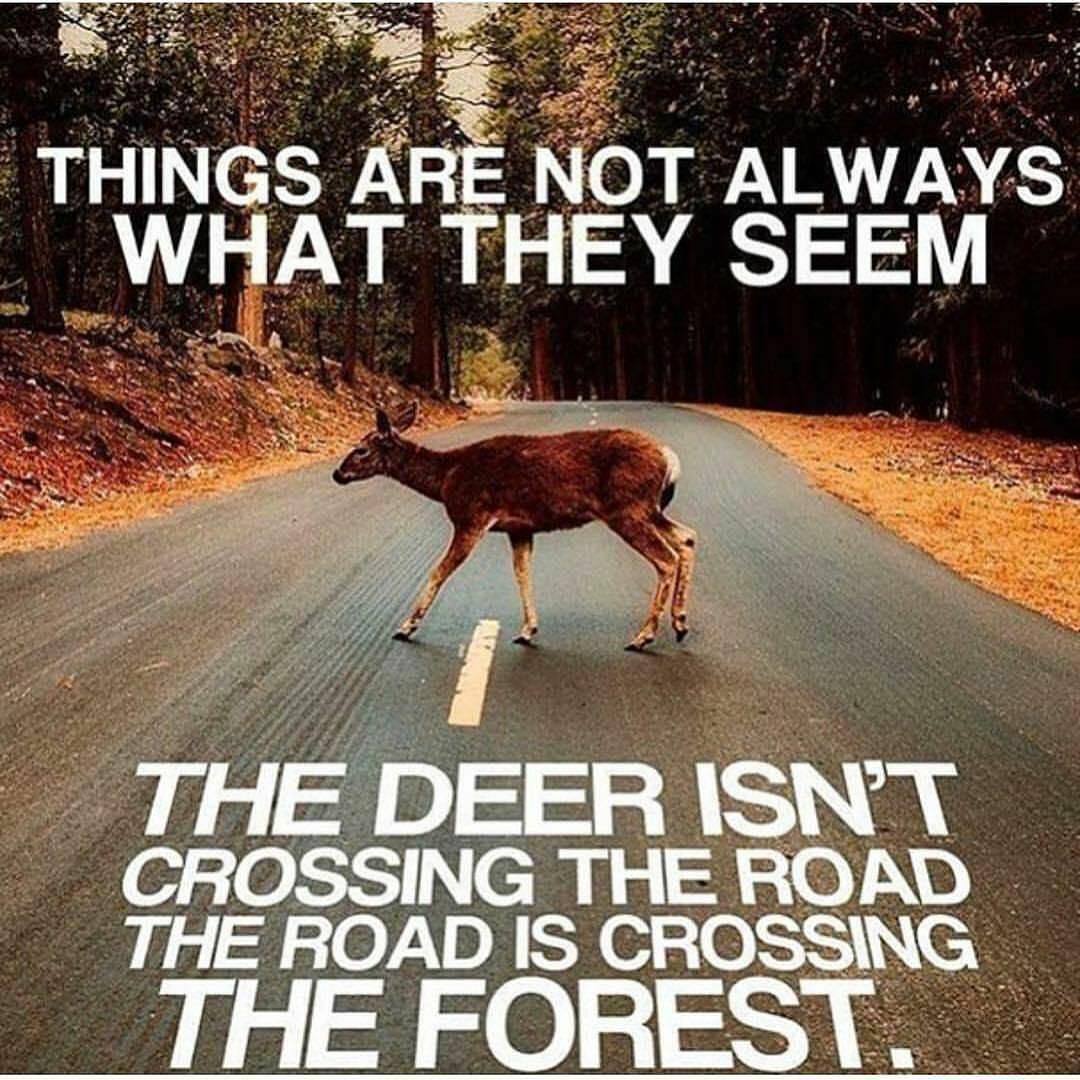 Something major is happening in all animal populations now beginning with our insects. As many of you are aware many (if not one day the majority) of the vast differentiation of insect life in our world are already been or being wiped out and scientists have not yet understood or identified the causative factors other than loss of habitat etc.

But what I am seeing is a vision of not just the loss of these and our arctic animal habitats and lifeforms but that of many of our most beloved and sentient of creatures.

It pains me to say this, but because of our deep, deep love of our pet families and our love of dogs in particular,  there will be an increase in canine diseases like we have never seen before.

And it is happening, forgive me fellow dog lovers,  because of the huge rescue movement in America.

We have now reached a point where there are laws (such as we have in Oregon) that now only allow strays in pet shops and purebreds quickly becoming lesser socially accepted for adoption to the point that it's hard to find breeders willing to put up with the stress and expense inherent in responsible breeding but the backlash on their public websites.

What is happening is that many of our local shelters now only or mostly have pitbull crosses or Chihuahua breeds from loss or abandonment rescues.

And we are bringing in literally hundreds and hundreds of pets lost or abandoned after wildfires and other disasters. Trucking them from across the U.S. instead of relocating them in their own original "habitats",

It's all wonderfully caring and humane but it is changing the dynamic ratio of breeds in America by bringing in illnesses and diseases that were genetically prevented by really careful and caring breeding practices previously.

The biggest issue that most of us are only just now becoming aware of is this: We are also bringing in thousands of dogs from China with diseases that vets have never, ever seen before. And our own rescues and eventually our own pets will be exposed to these unknown illnesses and diseases that could lead to serious consequences in this population much like the lack of education and scientific practices has led to a large, unprecedented and even deadly outbreak of measles in out state. Parallel but separate.

All the pet owner and rescue organization neutering before adoption cannot alter the spread of these diseases that could decimate our canine population if it isn't recognized and openly acknowledged and discussed in our medical, veterinary and social communities.

It is a real concern that we should all shed light on in all ways.